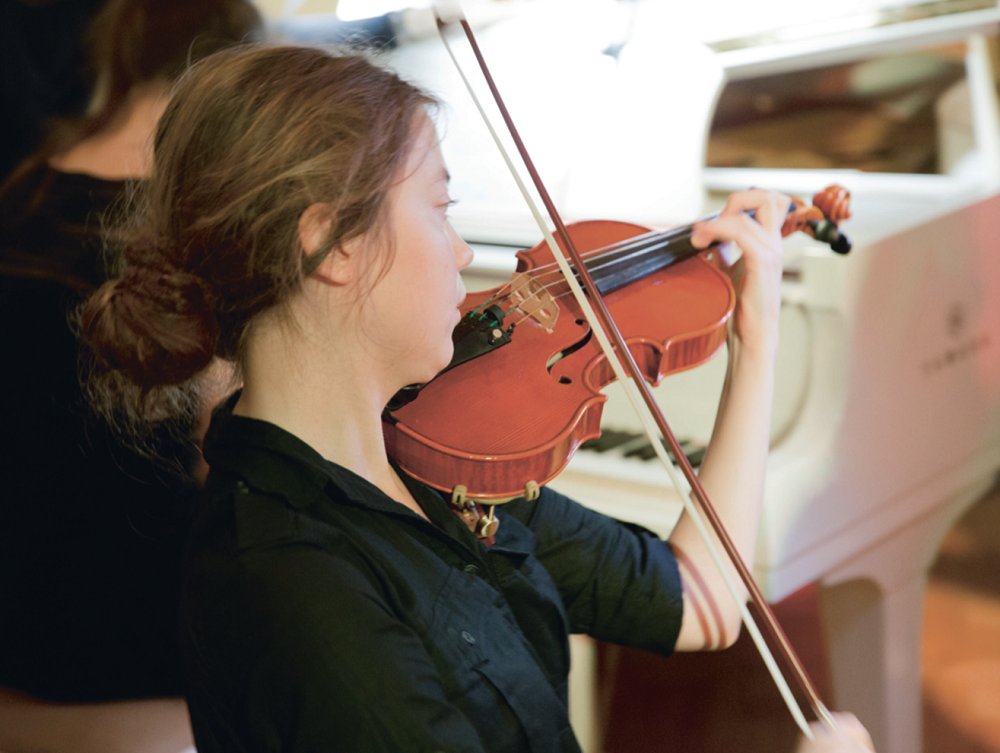 The beautiful hall at Villa Hakasalmi has excellent acoustics, which is why we are hosting matinee concerts featuring all kinds of music there on the following Sundays at 2 pm. You can enjoy matinees for the museum entrance fee of 12/10 euros. Free entry to those under the age of 18 and museum card holders.

In this two-choir matinee, the Vinokuu choir will be performing songs to refresh the mind, from home and further away. The programme effortlessly combines the melodies of Juice Leskinen, Jean Sibelius, The Beatles, Fredrik Pacius and Hector. The traditional Vox Urbana choir was established in 1952 as the choir of Kunnallisvirkamiesyhdistys (association of municipal officials). Most of the members are former and current employees of the City of Helsinki and members of JYTY Metropoli ry (Helsinki section of the Federation of Public and Private Sector Employees). Vox Urbana performs songs about Helsinki, life and love across a variety of genres: pop, jazz, Schlager, folk, world music and traditional choir music. The matinee is wrought together by the joy and warm atmosphere of the songs. Both choirs are conducted by Master of Music Päivi K. Järvinen.

Baritone Timo Ahvenjärvi and pianist Ilmari Räikkönen BMus perform songs by Toivo Kuula and traditional folk songs from southern Ostrobothnia from their album, released in autumn 2019, as well as songs by French composers who were contemporaries of Kuula.

“During the war, Finland would have been reduced to a hopeless pit. The Valtonen sisters have given this country so much hope and energy.” George de Godzinsky

RetroSisters – Heli Närhi, Katriina Kerppola and Sirpa Nuuttila– perform beloved war-time pieces by the Harmony Sisters at Villa Hakasalmi. Historian Maarit Niiniluoto, who specialises in Finnish entertainment, provides background for the songs and sets the scene for the complicated atmosphere of the times. Jussi Miilunpalo on piano.