Vihan kevät – Helsinki 1918 (Spring of Hatred) is an episodic play in Finnish by Sirpa Kähkönen, depicting the daily lives of people during the Finnish Civil War. An integral part of the dramatic work are the installations consisting of old and new photographs and moving images, and they are also available for viewing outside the performances.

On 1 February 2018, Villa Hakasalmi will be transformed into a unique venue when Vihan Kevät – Helsinki 1918, a new play by renowned author Sirpa Kähkönen premieres at the museum. The play is comprised of distinct episodes that take place in different rooms of the villa’s upper floor. The action is accompanied by music of the times, including marches, workers’ songs and couplets. An experimental art installation by Japo Knuutila and Jan Kaila serves as an atmospheric setting of the play. The installation is open to the public during the museum’s opening hours.

Few wars have been as bloody as the Finnish Civil War, but for a long period in the spring of 1918, everyday life in Helsinki was at odds with war. Dreadful things happened and there was a sense of emergency, but mostly life during the war was a combination of heightened uncertainty, everyday survival and even some absurd twists.

Vihan kevät views war from the perspective of people – and even some animals – who had to live through it. The play tells us what war really is, before historical hindsight sets in and shapes our representations. What comes through is the realization that this war – like any other war – was not fought by beasts, but by men, women and children who had to make snap judgments based on hazy information, often without any experience.

Sirpa Kähkönen based the script on the memories of people who lived through the war, and all the characters stem from literary and archival sources. The Villa as a venue also has strong ties to the Civil War, as the Töölönlahti area was one of the central locations of the conflict. The German army marched into Helsinki from the north on what is now Mannerheimintie, and there was a ferocious battle at the corner of the National Museum. One of the arbitrary tragedies that ended up in the play, the murder of young Gösta Schybergson, took place on the ice of Töölönlahti Bay.

Installations impel the viewer to face the war

The play Vihan kevät travels from room to room in the various atmospheres created by the installations of Jan Kaila and Japo Knuutila. Each room has its own interior, assembled from war-related documents, old and new photographs and moving images. The installations are an integral part of the dramatic work that combines various forms of art, and they are also available for viewing outside the performances from 2 February to 25 March 2018. When the actors are not around is when the installations take the lead and challenge the viewer to look into the eyes of people at war. What would I do if this city would once again be in the middle of a war?

The installations can be viewed free of charge during the opening hours of the museum (outside the performances). Entry is also free of charge to the 100 and Counting photography exhibition on the ground floor of the Villa. Large portrait collages of the seven centenarian Helsinki residents, photographs from their home albums and their life stories are a captivating take on the enormous social changes of the previous 100 years.

The play is in Finnish.

Villa Hakasalmi – a museum since 1911

Villa Hakasalmi is located between Finlandia Hall and The Helsinki Music Centre, near Töölönlahti Bay. The elegant building is a fine example of a Neoclassical villa. The best-known resident of Villa Hakasalmi was Aurora Karamzin (1808–1902). Today, Villa Hakasalmi is a part of Helsinki City Museum and houses temporary exhibitions. 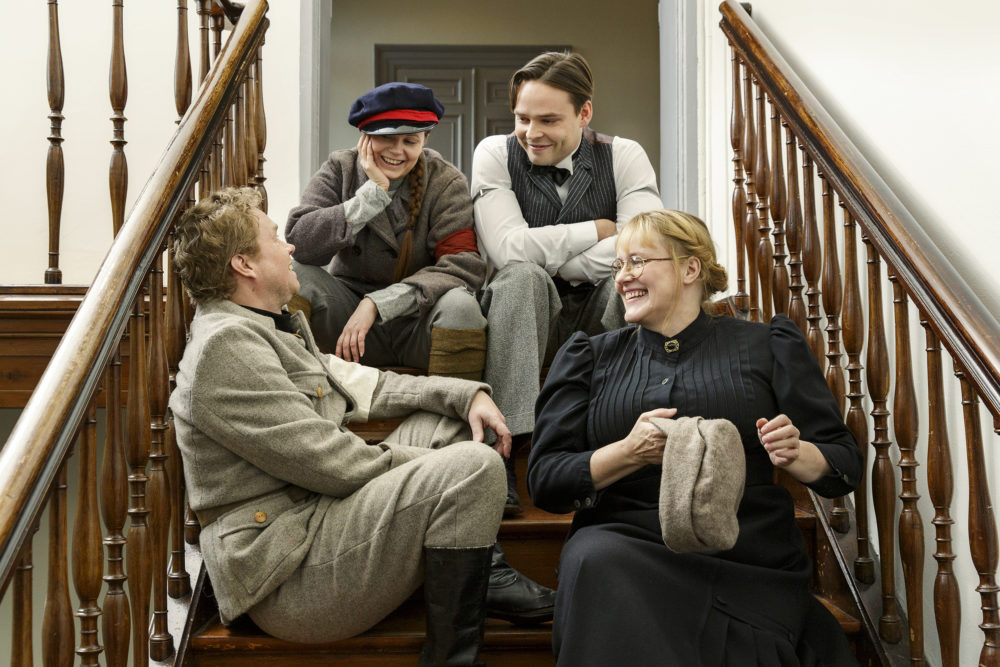 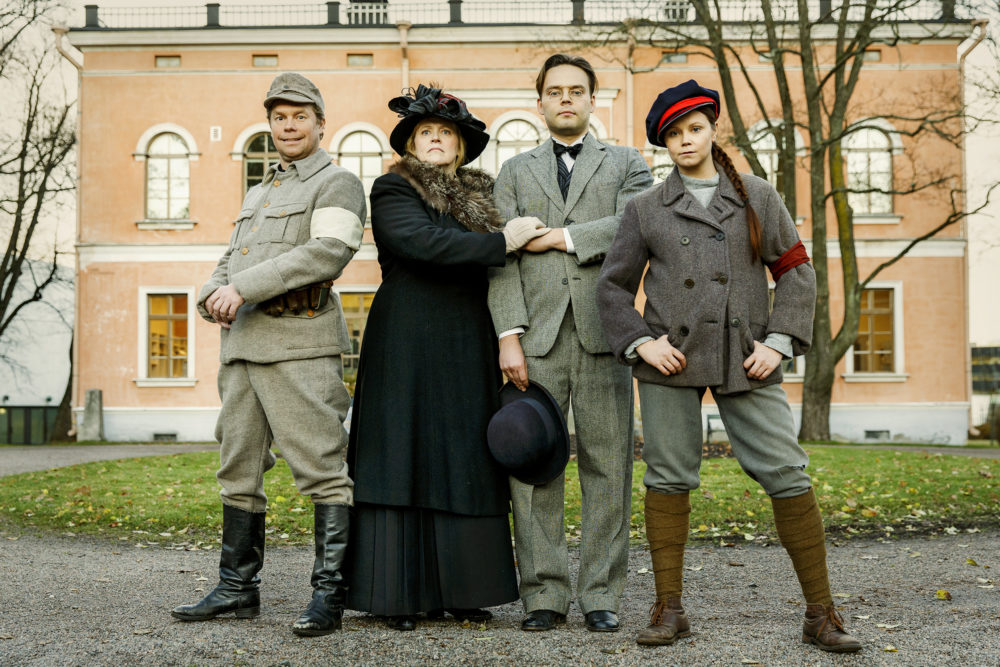