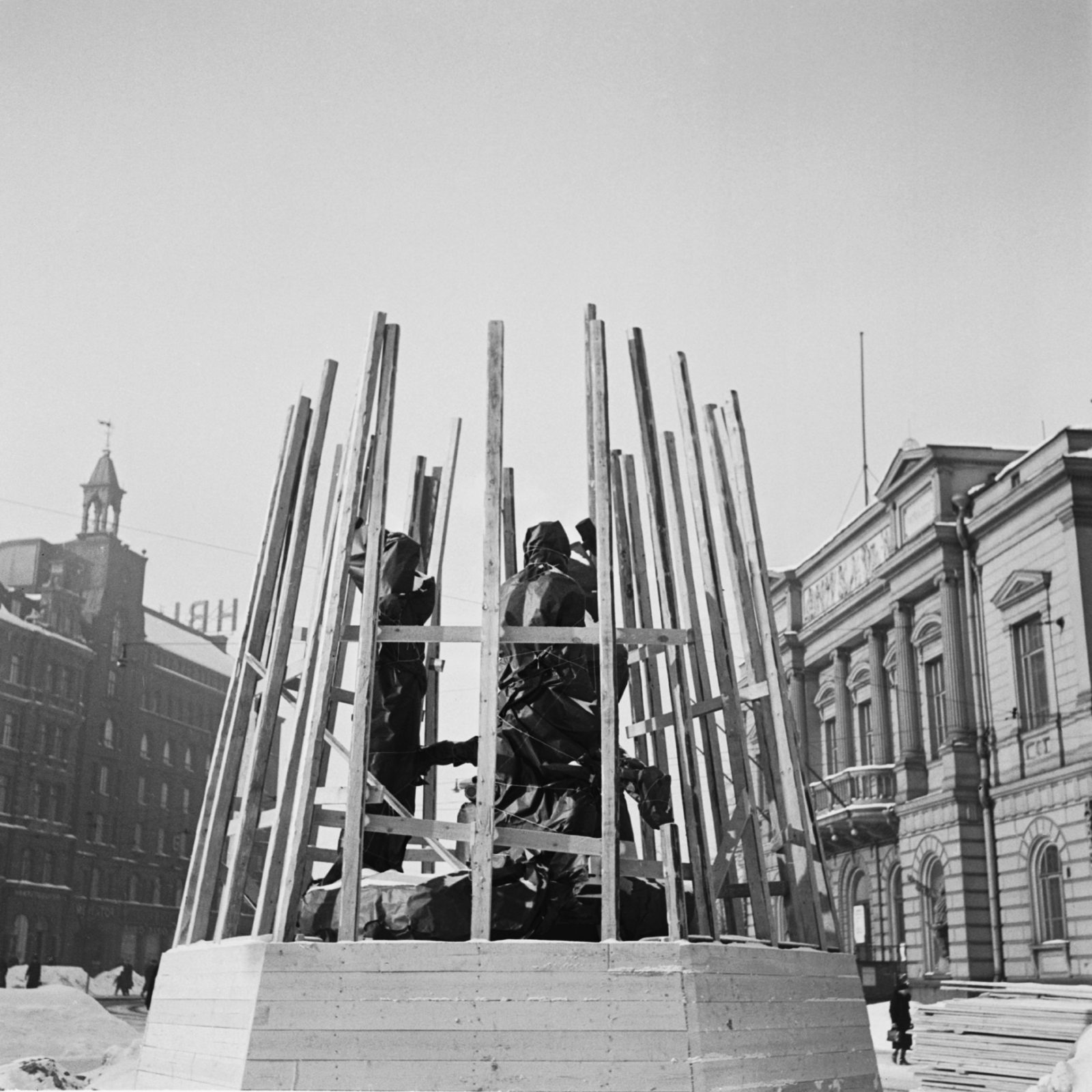 How would you feel if the Three Smiths statue was missing from Helsinki city centre?

The State of Mind – Helsinki 1939–1945 exhibition, curated by author Anna Kortelainen, PhD, opens up a completely novel perspective on Helsinki during the war. Between 1939 and 1945, the appearance and spirit of the City changed drastically.

People wanted to save public works of art and transport them to safety, away from the war. The Three Smiths Statue was lowered from its base in the spring of 1944 and evacuated to what is now Hakkila in Tikkurila, where it was buried in a gravel pit. The same order applied to many other public sculptures in Helsinki. The statue was returned to its place one year later in the spring of 1945.

The theme of the part of the exhibition showcased at Villa Hakasalmi is the impact of the evacuations of Helsinki on people’s states of mind. The exhibition at HAM will focus in particular on the ability of visual artists to express the city’s sentiments.

Three Smiths statue also disappeared into a box for a while as part of the opening of the State of Mind. By covering the statue with a box and the accompanying light and audio landscapes, the organisers hope to challenge viewers to immerse themselves in the wartime atmosphere in Helsinki and invite people to visit the State of Mind exhibition.

A Carefree City, exhibition about Helsinki in the 1920s, opens in September